In general, there are three types of cryptography algorithms:

In Figure 12-2, we present a very simple encryption algorithm known as the Caesar cipher. This method is named after Julius Caesar, who used it to encrypt his private correspondence. Each alphabet is shifted right or left by a fixed number of positions. The number of positions and the direction of shift must be known to both the sender and receiver in order to encrypt and decrypt the message.

Caesar cipher with a left shift of three positions looks like this: 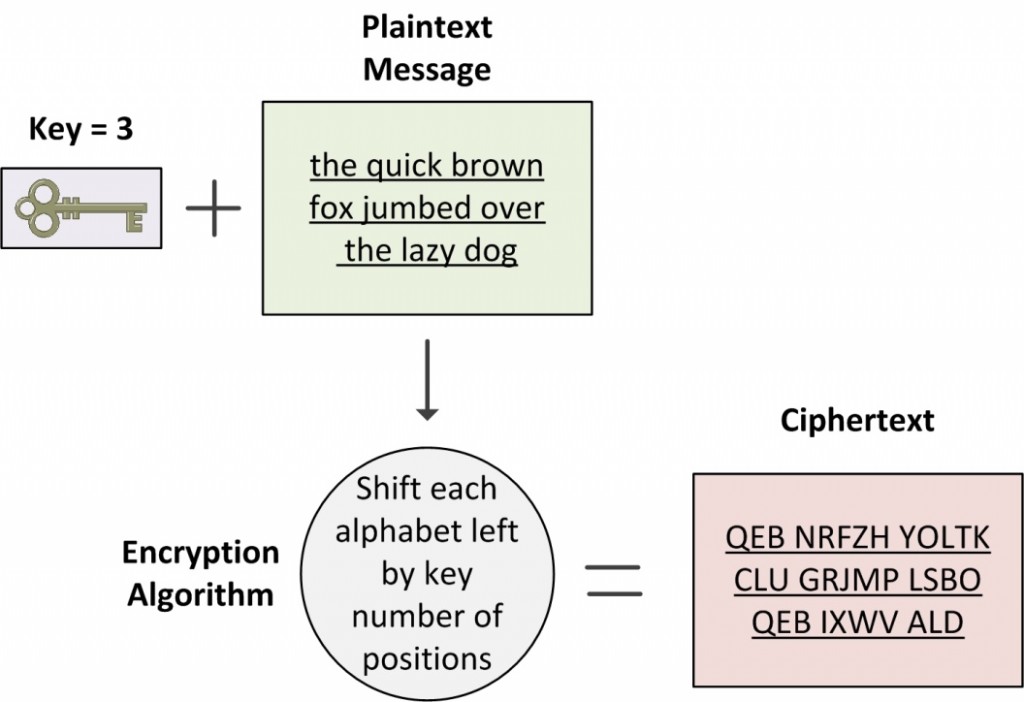 Please keep in mind that today’s encryption algorithms are way more complex than the Caesar cipher and involve complicated mathematical computations that can be performed only by computers. However, the basic principle of encryption is still the same.

The following table provides a comparison of the three encryption algorithms at a glance.

Asymmetric key cryptography, also known as public-key cryptography, uses a two-key pair: one key is used to encrypt plaintext while the other key is used to decrypt the ciphertext. Each end user has its own pair of public and private keys. The public key of each end user is publicly available via a key management system. The private key is known only to the end user and is never exchanged or revealed to anyone other than the end user.

Asymmetric key cryptography is typically used in the key management process of VPN establishment, though it is not used to encrypt data being computationally intensive. Some of the common asymmetric key algorithms include RSA and Diffie-Hellman.

We introduce two of the most common hash functions widely used today: